The Regional Mission of the Societas Verbi Divini (SVD) congregation in Timor-Leste released a press statement to rectify information which have been circulating in the social media (facebook, instagram, whatsapp, etc) concerning the legal proceedings relating to allegations of sexual abuse committed by the defrocked priest, Richard Daschbach. Neon Metin obtained the statement today (12/03) from the Timor-Leste Regional Superior of the Congregation, Fr. Yohanes Suban Gapun, SVD.

In the press statement, the Timor-Leste Regional Mission of SVD asserted that RD is no longer a priest, according to the decision of The Congregation of the Doctrine of the Faith in the Vatican on 6 November 2018.

“Through this press communique, we, the Timor-Leste Region of SVD, wish to affirm emphatically that due to the crime [he] admitted to have committed at the Topu Honis shelter, Mr. Richard Daschbach has been dismissed from the religious and clerical state by The Congregation of the Doctrine of the Faith in the Vatican”, the press communique said.

In the communique, the SVD also express solidarity with the victims of the sexual abuse and their families.

“Once again, we wish to express our solidarity with the victims and their families”, the communique states.

The Topu Honis case is the first case of pedophilia to have become public in Timor-Leste. The case involves Mr. Richard Daschbach, a former priest from the congregation of SVD. Based on the result of the investigation of the Congregation of the Doctrine of the Faith, Pope Francis decided to dismiss from priesthood in 2018. The ex-priest is currently on trial for charges of pedophilia, child pornography and domestic violence. 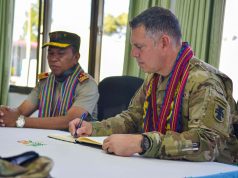 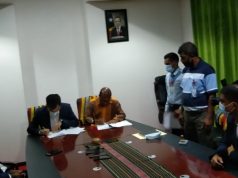