As the recent case of Topu Honis under trial brings the allegedly sexual abuse by an American ex-priest against young Timorese girls as well as the divided opinions on this issue to the public attention, I would like to reorient the focus to the broader gender structure instead of perpetrators or victims. The sexual violence might be conducted by individuals, but it is never just individual’s responsibility. Instead, it is enabled and nurtured by an unequal gender structure where all of us are complicit in it. Even the perpetrator is sentenced guilty and the victims are able to find justice in the end of court trial, the sexual violence will not end once and for all. The same gender structure will keep producing other cases of Topu Honis and its victims, if we keep uncritical or unquestioning about it. Moreover, we should be careful in avoiding particularizing any single case, since many women and girls still experience sexual harassment, exploitation and even violence in private and public realms on the daily basis. It is not saying that the victims are not important, or the perpetrators should not be blamed or punished, but focusing merely on individuals easily distract us from considering the structural causes which perpetuate the violence against women and minors as well as other forms of suppression and control often faced by women and minors.

The gender structure composed of different power relations nurtures the power differences and inequality between sex. Although the power relations are contingent on historical and cultural factors, the structure is inclined to favor a few powerful men while suppressing women, children, and some men. In patriarchal societies, men and women are expected to believe in certain values and behave in certain ways, yet women are never equal to men. Men are entitled to women through dominance and control in order to maintain their current power and status. Women are expected to obey, offer sex, services, or love to satisfy men. Women will be punished for their disobedience of men through different forms of violence. Although not all men want to control or dominate women, the gender structure encourages the pursuit of power among men and over women. The gender structure further functions to produce and reproduce power asymmetry between men and women, as well as particular patterns of social relations sustaining the privilege of men. These elite men assure their privilege through dominating and exploiting women, children, and less powerful men, and even naturalizing their entitlement to womens’ bodies. That is why in patriarchal societies, many men think that it is ok to request women to follow men in order to fulfill their needs. Such a tendency to control and dominate womens’ bodies is usually demonstrated through different forms of sexual violence, albeit sexual harassment or rape against women. When gender norms become common and binding in different social areas, sexual violence against women, children, and some men becomes normalized.

The victims of sexual violence in Topu Honis lived not only in an isolated shelter located in the enclave of Timor-Leste, but also in a web of extremely unequal power relations where the perpetrator was a white man, a father, teacher, a priest, and even God in relation to Timorese minors. There is hardly an escape for the victims from such a structural violence, where sexual violence and other forms of abuse and exploitation may happen more than one time. Moreover, the fact that the male protector/perpetrator violates these children is even justified, since they are considered as his properties or entitlements by the perpetrator and many other individuals of the society within the gender structure. The same structure also prevents the victims to pursue or talk about sex, while men often use sex to demonstrate their power and dominance over women. The consequence of the function of the gender structure is that victims are exposed to constant risks of sexual violence, but they are discouraged from rejecting unconsented or forced sex, or speaking up their experiences and uncomfortable feelings in relation to sex.

Victim blaming is often faced by the victims when sexual violence occurs. Some people accuse the victims of not reporting the case to relevant parties when it first happened, or they just lied. But we have to rethink these arguments, and try to understand why these victims have waited and maintained quiet. It is not cost-free for victims to tell their stories in societies. In other countries, even though the victims win the case, they might endure lots of criticism, unfriendly treatment, and loss of jobs and familial support from their environment. Therefore, it is important to listen to the victims’ oppressed experiences and stories from the victims’ perspective, since the discourses in the mainstream society might work against them. In a democratic country where you may find some people disagree with the victims, at least we have to listen to what the victims might have to say instead of blaming, threatening or silencing those who are brave enough to speak up their personal experiences. We also have to pay close attention to possible trauma physically and mentally the victims might experience, and seek immediate assistance for them, since their personal development will be affected in direct and indirect ways.

The unequal gender structure could be corrected by our continuous and collective effort in empowering the suppressed women and girls, boys and men to speak up in a society where most men control the discursive power. Telling-your-stories is always the first step to recognize where the oppression and suffering come from. In order to do so, we have to create an environment where victims can speak up freely without worrying being punished or retaliated. There are many barriers for victims of sexual violence to overcome in order to share their stories and experiences regarding sexual violence with others. In addition, there are risks that victims could be retraumatized if they are condemned or denied by families, communities, or perpetrators. Being brave is never an easy choice for some disadvantaged people who have a lot to lose.

Sexual violence may look like individual crimes conducted by a few, but all of us are complicit of it through the function and perpetuation of the gender structure. Therefore, it is everyone’s responsibility to consciously resist the norms and rules within such a structure which nurtures sexual violence against women, girls, and other disadvantaged groups. Talking about the case of Topu Honis may make many people feel uncomfortable, but it is necessary and important for the whole society to acknowledge and discuss some hard issues. More importantly, the public debate needs to start challenging the traditional gender norms, roles and expectations which justify men’s control and dominance over women yet are embraced and practiced by all of us intentionally and unintentionally in our everyday life.

We are Topu Honis. We are victims. We are perpetrators. No one is and should not be left out from the critical discussion of the sexual violence.

* Dra. Li-li Chen is a lecture at Universidade Nacional Timor-Lorosa’e 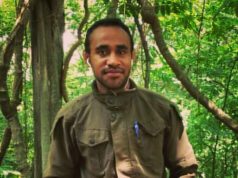 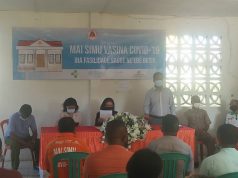 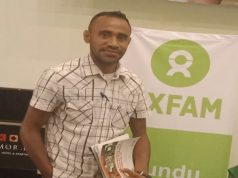